A disappointed Christian Williams has confirmed that Potters Corner remains on course for next month’s Randox Grand National, despite having to scratch his stable star from tomorrow’s Glenfarcas Cross Country Chase at The Festival™ supporting WellChild.

The 11 year old was triumphant in last year’s Virtual Grand National that was run in place of the main race in aid of NHS Charities, and he is a well-fancied 25-1 chance for this year’s Aintree spectacular (Saturday 10th April).

He was due to warm up for that with an engagement in the Glenfarclas Cross Country Chase alongside fellow Grand National contender Easysland and two-time Aintree hero Tiger Roll, but he will miss that after picking up a knock at home yesterday.

However, Williams was hopeful that his star would be back to full fitness in good time before his number one target at Aintree.

He said: “He just had a slight over-reach yesterday and there’s a bit of swelling in the leg this morning, so it’s just knocked him out of tomorrow’s race.

“It’s just a simple thing, you’ve got your everyday routine on the yard and it was just a slight over-reach you think nothing of, but a slight swelling has come up on the leg from it, so he’ll need a course of antibiotics and it’s automatically knocked us out of the race.

“He was flying, that’s the worst thing. The yard seems to have been in a good place over the last few weeks, so it’s hard to take. I just feel sorry for the owners, but you’ve got to do what’s best for the horse and I had to make a decision quite quickly this morning.

“The Grand National has been his number one target for the last 18 months or so. After last year’s Welsh National we’ve targeted this race, so I’m trying to give him the ideal prep for it.

“It’s been a bit of a roller-coaster, but we feel the horse is in a very good place and I can’t see why he wouldn’t have done any damage to his Grand National hopes.”

Previous Records and Stats you need to know about Cheletenham 2021
Next Going Soft, Good to Soft in places for day one of The Festival 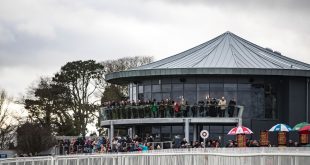 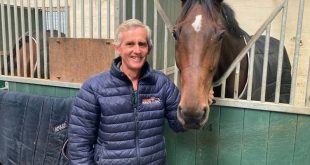 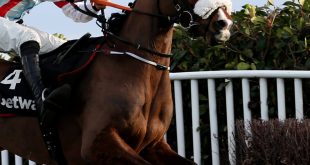 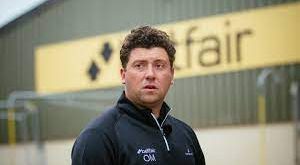