Trainer Smith’s lifelong ambition has been to train a winner at the home of Jump racing and admits it would be “absolutely massive” if it could be fulfilled on Countryside Day at The November Meeting this Friday (November 12th).

Friends Don’t Ask produced one of the stories of the summer when providing amateur rider Rachel Rennie with victory in the Newmarket Town Plate, five years after she was denied the chance to ride in the race due to being diagnosed with cancer.

Now Smith is aiming the six year old not only at this week’s Cheltenham assignment, but even a potential run in the Randox Grand National at Aintree in years to come.

Having followed up his Newmarket success with victory over fences at Uttoxeter in September, Friends Don’t Ask will now bid to leave his disappointing effort at Wincanton on his most recent start last month behind him when tackling the unique Cross Country course at the Home of Jump Racing.

Smith said: “This idea of running in this came about before the Town Plate as we always thought he would be an ultimate staying chaser.

“When he won that first chase over three miles five at Fakenham last November, I always thought this would be where it pans out.

“Initially this is just for the experience as he is only six and we are still teaching him, but it is something I always wanted to do when I got the right horse.

“He gets very disheartened when he is in behind and that is what happened at Wincanton. By the time he had done a lap, it was pretty much curtains.

“He doesn’t necessarily have to lead – he just needs to see clear daylight and if he has that he will be happy. There was nothing wrong before or after the race and we just put a line through it.

“It would be absolutely massive if he did come first for a yard as small as ours in the middle of Newmarket and for me personally having a winner at Cheltenham is a lifelong ambition.”

More than two months may have passed since Friends Don’t Ask secured victory in the Newmarket Town Plate in August, however Smith remembers the race as if it took place yesterday.

He added: “I just couldn’t believe how far the story went as everyone picked it up and ran with it. It was one of the highlights of the year and a great day.

“The story with Rachel coming back from what she had is what made it so special but it was the craziest race.

“She jumped off at a steady pace and no one was with her and we thought that was great. Then when they came back into sight one came flying out and I thought ‘what has happened to her?’

“The one that went in front stopped about three and a half furlongs out then one appeared who had kept a bit up his sleeve.

“I thought we would finish second and it would be a good run but little did we know Rachel had kept a bit up her sleeve and saved it for the very last furlong.

“It was a really good race to watch and was very entertaining.”

Returning to thoughts of Cheltenham glory, Smith’s confidence levels in Friends Don’t Ask being able to handle the Cross Country course were given a recent boost following a promising schooling session at the track under James Best.

He added: “James (Best) said he was really good over the fences. He has always jumped a fence on level ground whereas when you go there you are going up on banks and down off banks.

“That caught him out a bit and confused him at first but by the second or third time he got it and the penny had dropped really quick.

“I think he enjoys having to think about it as well. We are really pleased. When James pulled him up he said he will run fine and cope with it.”

Saddling a winner at Cheltenham remains an ambition of Smith’s, however he has already achieved one of his life goals during a short spell in the saddle when given the chance to ride around the course in 1998.

He added: “I used to work at Norman Babbage’s place on Cleeve Hill when I rode over jumps and when you came out of the yard you could literally see the home straight.

“I used to drive home with my mate Brendan and I said ‘I’m going to ride there one day’. Luckily I managed to have one ride there. It was such a buzz.

“As they were starting to get away from me, I could see Sir AP McCoy just in front and I could see him go for a big one.

“I thought ‘I’m only going to be here once’ so I went for a big one too, so I launched over it and it was great. However, that was as good as it got as he finished tailed off.

“As you get older you don’t remember all your rides but I remember that one. It will live with me forever and it was a lifetime ambition to have a ride round there.”

Looking beyond Friends Don’t Ask’s next assignment on Friday, Smith hopes that in time he could develop into a horse one day capable of competing in the Randox Grand National at Aintree, should he continue progressing.

He added: “It would be nice one day to think he might make a Grand National horse but he needs to go up a long way in the weights

“When Leighton Aspell rode him in his second bumper at Worcester when he finished third, he said ‘in a few years’ time this will be a lovely horse’ and he knows a thing or two having won the Grand National twice. 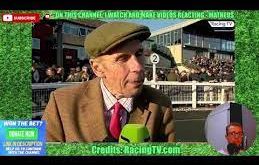 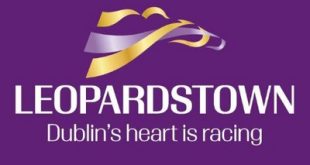